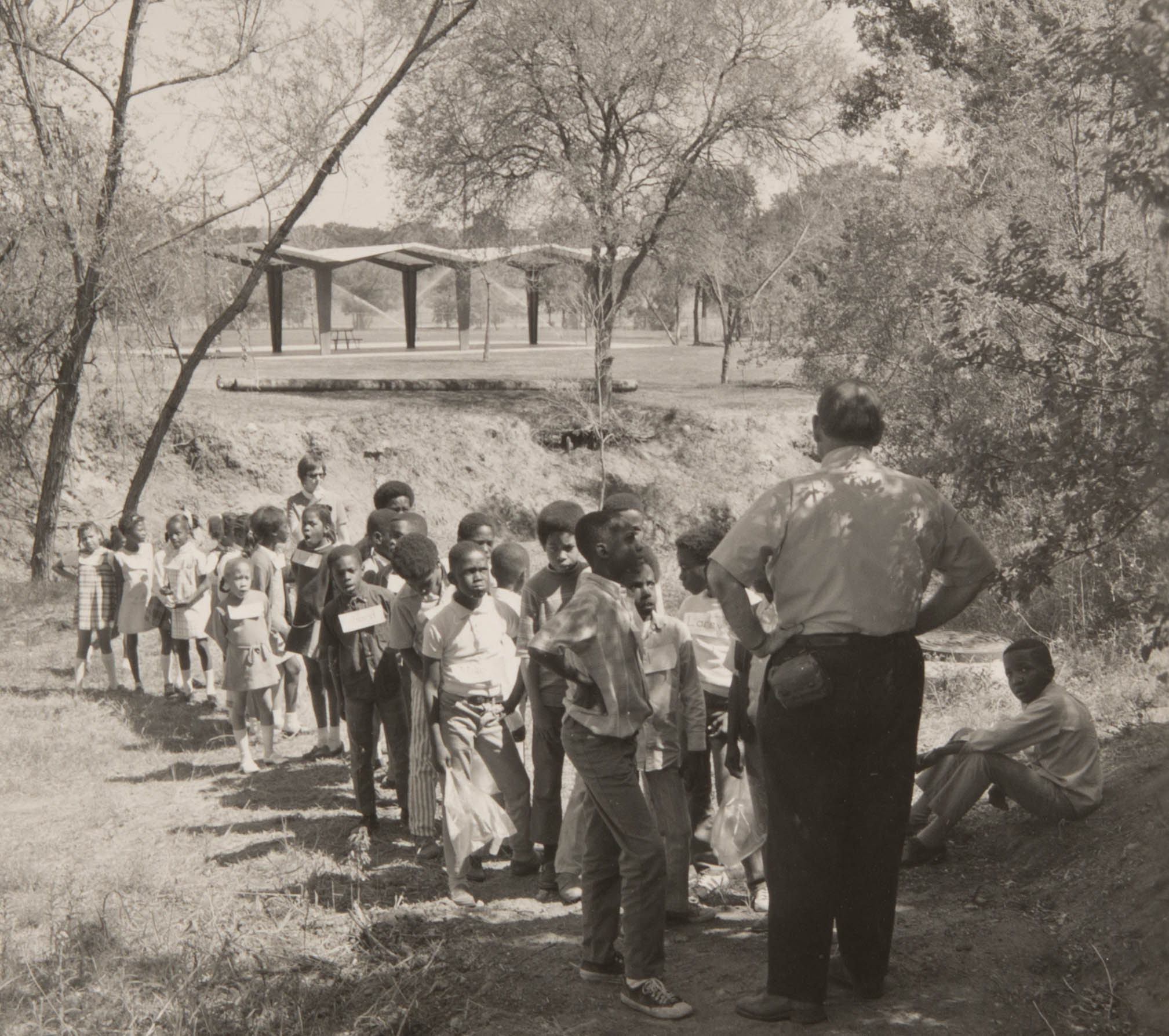 Austin’s Givens District Park, 3811 E. 12th St., was one of three Texas parks honored with designation as a Lone Star Legacy Park by the Texas Recreation and Parks Society in a ceremony at the association’s annual institute in College Station on the afternoon of February 16, 2022.A Lone Star Legacy Park is a park that holds special prominence in the local community and the state of Texas. To qualify for consideration, the park must have endured the test of time and become iconic to those who have visited, played and rested on its grounds. Nominated parks must be a minimum of 50 years old and meet criteria related to historic, architectural, and natural significance.After 14-acre Rosewood Neighborhood Park opened as the first and only segregated public park for Black Austinites to use in 1929, many in the community soon began advocating for a bigger park, a district park, to accommodate the large numbers of people utilizing the municipal space. Finally, in the summer of 1959, Givens District Park opened to the public as the second segregated public park in Austin, which was seen as a huge victory for East Austin. The park quickly became a hot spot for African Americans in Austin; the traditions that started in the park became beloved and many have lasted throughout the years, such as the car culture, youth sports, and celebrating holidays.The park was named posthumously for Dr. Everett H. Givens, one of the first Black dentists in Austin, a World War I veteran, and a luminary for African Americans in East Austin. Dr. Givens was not only a stalwart advocate for a larger district park for Austin’s African American community, but he championed many of the improvements in East Austin as well as civil rights, welfare, and opportunities for Black Austinites during a time when Jim Crow racial segregation was widespread in every facet of Austin life.“People from Austin and surrounding communities have cherished memories of Givens Park,” said Kimberly McNeeley, Director of the City of Austin Parks and Recreation Department. “The community compelled the city to build a district park for Black Austinites and today park goers continue to carry on the park use traditions of years past. Park patrons committed to sharing traditions and memories of this park make it an incredibly special place. Givens District Park is a remarkable part of Austin’s cultural heritage.”Other Texas Parks recognized in 2022 include Henderson Park in Brenham and Hermann Square in Houston. Other Austin parks that previously received the Lone Star Legacy designation include Parque Zaragoza Neighborhood Park, Pease District Park, Zilker Metropolitan Park, Rosewood Neighborhood Park, Eastwoods Neighborhood Park, and Wooldridge Square.