The City of Austin has appointed Laura Patiño as the Chief Resiliency Officer. Patiño was selected from a group of 57 applicants. This appointment is effective April 25. 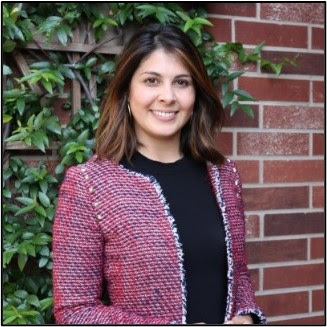 Patiño joins the City of Austin’s executive team from the City of Houston, where she served as the Interim Chief Resilience Officer under Mayor Sylvester Turner and most recently as the Deputy Chief Resilience and Sustainability Officer for the new combined office of Resilience and Sustainability. Patiño helped to develop and implement the Resilient Houston strategy and the Climate Action Plan while tying in Harvey Recovery efforts city-wide.“I am excited to announce Laura Patiño as the City’s Chief Resiliency Officer. Her background and skills in resilience and recovery are in direct alignment with the City’s plans to build a more resilient and equitable community,” said Chief of Staff Jason Alexander.As the Chief Resiliency Officer for the City of Austin, Patiño will develop and provide the essential central point of focus within the City of Austin for the implementation of a comprehensive community resilience plan and strategies under the Global Resilient Cities Network platform. “I’m honored to be appointed as the City’s Chief Resiliency Officer. The CRO role extends beyond planning and implementing projects to help withstand the next disruption. It is about working together to develop a new culture and leverage Austin’s strengths and values to inspire transformational change and provide opportunities for all, while placing people at the center and lifting our most vulnerable.” said Patiño.Prior to joining the City of Houston, Patiño worked as an environmental engineer in the private sector and as a research assistant in the National Oceanic and Atmospheric Administration Hazardous Materials Laboratory at Louisiana State University. She received a Bachelor of Science in Environmental Engineering from Louisiana State University and a Master of Science in Bioresource Engineering from McGill University. Patiño has been recognized as an emerging leader in business sustainability around the world including being named the 2019 GreenBiz 30 under 30; 2017 GreenBiz Emerging Leader; and the American Society of Landscape Architects award for Houston Incentives for Green Development Report.