“As leaders, as women, we have been in the trenches collaborating in new ways, often virtually,“ remarked Mayor Pro Tem Alison Alter, who organized the event. “Thanks to the creativity, ingenuity, and service of these women, our City will recover and emerge more resilient. Today my colleagues and I wanted to express our gratitude in person.”

Many of the women who run the City including three Assistant City Managers, the City Attorney, the heads of Austin Energy and the airport, numerous department directors, the City Clerk, the City Auditor, and the Municipal Court Clerk, as well as members of the Mayor-Council Staff joined together to celebrate International Women’s Day.

“The International Women’s Day 2022 theme is ‘break the bias’ and I stand with the over 4,200 women of the City of Austin to break biases in our community and workplace to forge a world that is gender equal and where difference is valued and celebrated,” said Assistant City Manager Veronica Briseño. 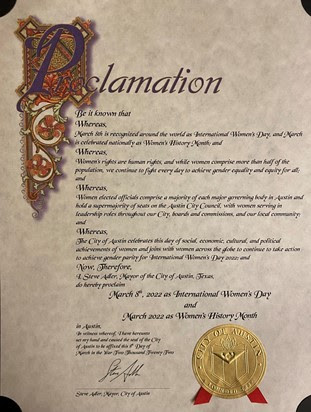 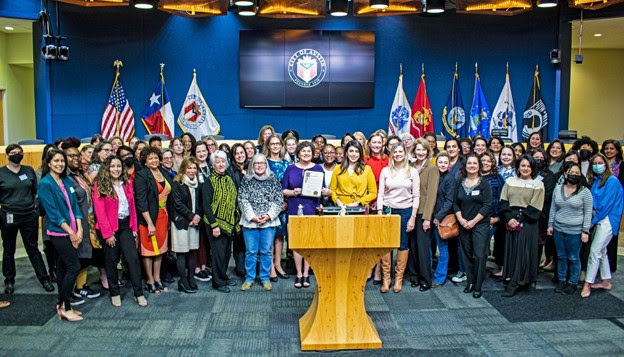 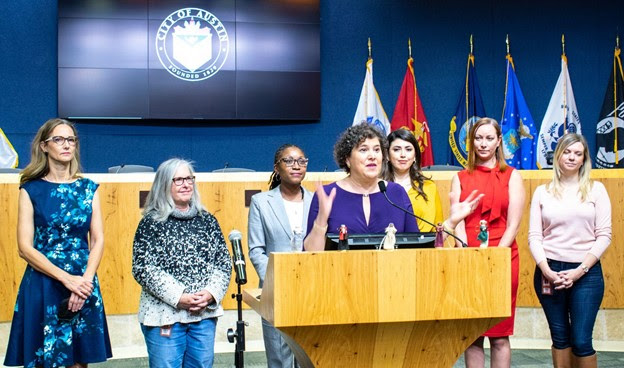